Best Air Fresheners for Your Home [2022]

Even for the cleanest, most spotless house or apartment, you still don’t get a sense of a really clean space without fresh scent wafting through the air.

For professional maid services, homeowners, and renters, air fresheners can take an otherwise stale – or sometimes downright foul – smelling space and help clean it up.

It’s the first line of defense for bad smells in your space and the last element of a truly professional cleaning.

How Does an Air Freshener Work?

The main purpose of an air freshener is to remove and replace bad smelling odors. It does that by utilizing specific chemicals to (1) trap existing odors so that they can’t be smelled and (2) neutralize other odors by counteracting their pH levels.

The chemicals that are responsible for the “fresher” air are known as cyclodextrin and citric acid.

Cyclodextrin is an aerosolized starch that forms a ring when you spray it. Those rings “trap” odorous particles and prevent them from being inhaled and smelled by people.

Citric acid deodorizes by changing the pH of odorous particles to a neutral pH of 7.

Basically, when you spray an air freshener aerosol or plug in an air freshener plug, those particles take to the air trapping and neutralizing smelly odors and making your air smell and feel “fresher.”

What Are the Different Types of Air Fresheners?

Luckily, there are a ton of air freshener options on the market. Here are the most common ones:

This type of air freshener is one of the most commonly used air fresheners on the market. You’ve probably seen Febreze or Lysol air freshener bottles. They’re designed to help you freshen up a room. Similarly, the Poo-pourri “Before-You-Go” spray is another aerosolized air freshener.

Diffusers are a great way to release essential oils into the air that will neutralize bad odors. Often, diffusers have a set time that they release fresh scent into the air. These are usually good for a single room.

These are less common in households and more likely found in commercial environments like public restrooms, food and hospitality environments and more. These are industrial-grade air fresheners that often release spurts of aerosolized air freshener over time.

Air freshener gel works similar to plug-in air freshener packs – they store air freshening gel in a slow-release polymer shell that allows a little bit out over time. They’re great for single room air freshening over a long period of time where you don’t have an outlet nearby.

The Best Air Fresheners for Home

We scoured the internet for the most reputable and recent air freshener ratings. We looked at magazines and online periodicals like BobVila.com, TheSpruce.com, GoodHousekeeping.com, RealHomes.com, Reader’s Digest (RD.com), and saw some common brands listed among the top 10 selections.

Here’s how the rankings shake out.

We found that a lot of you guys were looking for the best “automatic” air freshener and those aren’t generally used in homes. They’re the kind you’ll often see in public restrooms that let out a puff of scented air every few minutes. There are a lot of options out there for those who want an automated air freshening solution. The one that we like the most is the Glade Automatic Spray Air Freshener. 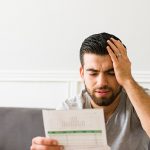 Pro Tips to Save on Your AC Bill This Summercleaning tips 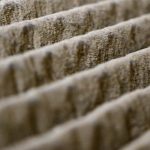